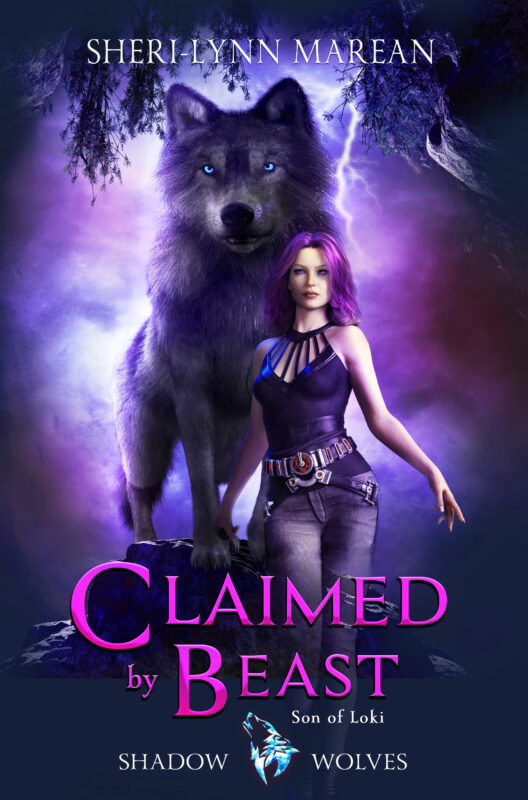 The second-born wolf son of Loki was loved …
… and despised.

Roack attempted to bring all the packs together and was betrayed. With his newborn son and pack of fierce warriors dead, Roack vowed to never trust or give his heart to another.

Only as he sought revenge, apathy settled in and Roack grew careless. But really, what was there left to care about?

When captured and spell bound to a pile of moldy rock and stone, Roack passes the time in hibernation. That is, until voices awaken him from the peace of his slumber. Anger surges as he climbs to his feet. Who dares to disturb him?

The alpha who took the castle where he’s been held prisoner stares at Roack in fear. She knows who he is. But it’s another who quickly gains his attention. With kind, innocent eyes, the sweetest scent, and a body that reminds Roack he’s still a male, the slight female meets his eyes. Areliah’s curious, and she sees past his surly wolf to the man within. She also temps Roack in a way he’s never been before. Of course, not having a female in over five hundred years doesn’t help.

His respect for her grows when Areliah defies her alpha and offers to release Roack. But that isn’t so easily done. As Areliah comes into her first heat, and the blood moon approaches, Roack learns that she has her own secrets. What’s more, she’s in danger. For the first time in since he was betrayed Roack may have to get involved, but can he do so without breaking his vow?

Get it now, and join Loki’s son as he battles not only his enemies but his own desires.

Share
Facebook Twitter Google+
Disclosure of Material Connection: Some of the links in the page above are "affiliate links." This means if you click on the link and purchase the item, I will receive an affiliate commission. I am disclosing this in accordance with the Federal Trade Commission's 16 CFR, Part 255: "Guides Concerning the Use of Endorsements and Testimonials in Advertising."
We use cookies on our website to give you the most relevant experience by remembering your preferences and repeat visits. By clicking “Accept”, you consent to the use of ALL the cookies.
Do not sell my personal information.
Cookie SettingsAccept
Manage consent