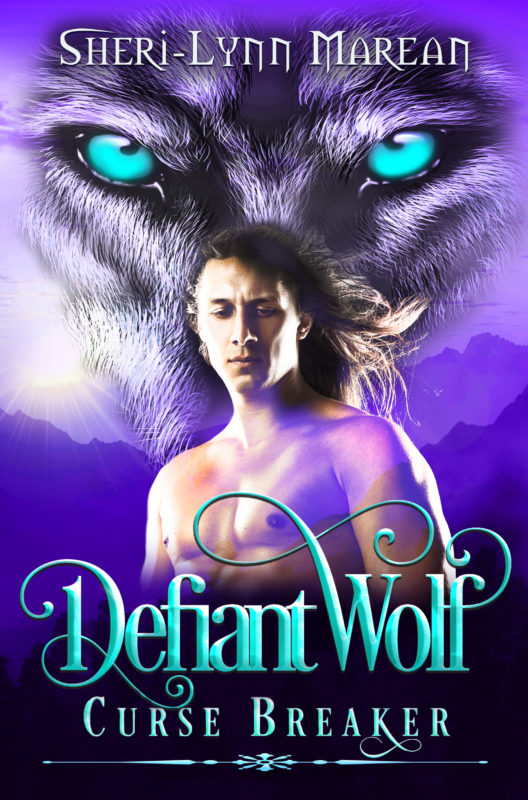 The Raizarch wolves have escaped …
…now they need to break the curse on their pack.

Five hundred years ago a spell forced them to live in their secondary—animal—form, allowing them to take human shape for six hours a week. Now, the Raizarch king’s youngest daughter must mate with the Okami’s youngest son and tie the packs together, freeing them for good.

But what happens when the youngest is a set of twins taken from the womb at the same time?

In order to keep his children out of the clutches of Val Dagan—the blood-sucking nightwalker who’d like nothing more than to see them back in his realm and under his control—the Raizarch king’s youngest daughters were secreted away with foster families.

It is only upon the pack’s escape that Fiya learned she’s one of those twins.

Trained as a warrior, and raised to be a strong and independent, Fiya is furious at the role she’s meant to play. She refuses to be forced into something she doesn’t want. Good thing her sister is willing to be the sacrifice, right?

Can Fiya let Willsa, who is incapable of fending for herself, become tied to a stranger? Even one who is ruggedly handsome and seems more honorable than any male Fiya has ever met?

Get it now, and fly through the forest on four paws as destiny tries to force itself on this defiant wolf.

Share
Facebook Twitter Google+
Disclosure of Material Connection: Some of the links in the page above are "affiliate links." This means if you click on the link and purchase the item, I will receive an affiliate commission. I am disclosing this in accordance with the Federal Trade Commission's 16 CFR, Part 255: "Guides Concerning the Use of Endorsements and Testimonials in Advertising."