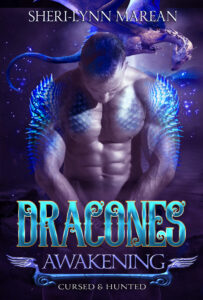 As a private investigator, Tierney should be able to locate her dad, but as an immortal on the cusp of her dragon powers awakening, she knows his disappearance isn’t human related. Have the druid witches that kill without discretion finally found them?

While Tierney searches for her father, the man she loves abandons her. Secrets and lies are revealed, and from skin and scale arises a broken beast of sorrow … What evil will be uncloaked by ancient magic?

Get it now because time is running out to feel your savage heart soar.

★★★★★ Download and discover why readers call this the best, fast-paced, thrilling page-turner with a different take on fantasy and paranormal shifters.

KEEP READING
KEEP READING
We use cookies on our website to give you the most relevant experience by remembering your preferences and repeat visits. By clicking “Accept”, you consent to the use of ALL the cookies.
Do not sell my personal information.
Cookie SettingsAccept
Manage consent